Since in the second block in Vienna some students were not present and we were given the task to photograph a 3 pictures story again in 30 minutes. During the photowalk, I chose the subject of tourists in Vienna. On the way from the Kunstforum Vienna to the Albertina you pass the Michaelerplatz and the Michaelertor, which represents an entrance to the Vienna Hofburg. It is an absolute hot spot for tourists at the end of the Kohlmarkt, the most expensive shopping street in Vienna. The pictures tells the story of how tourists photograph themselves in front of the Michaelertor. Either as a selfie or by a companion properly staged. 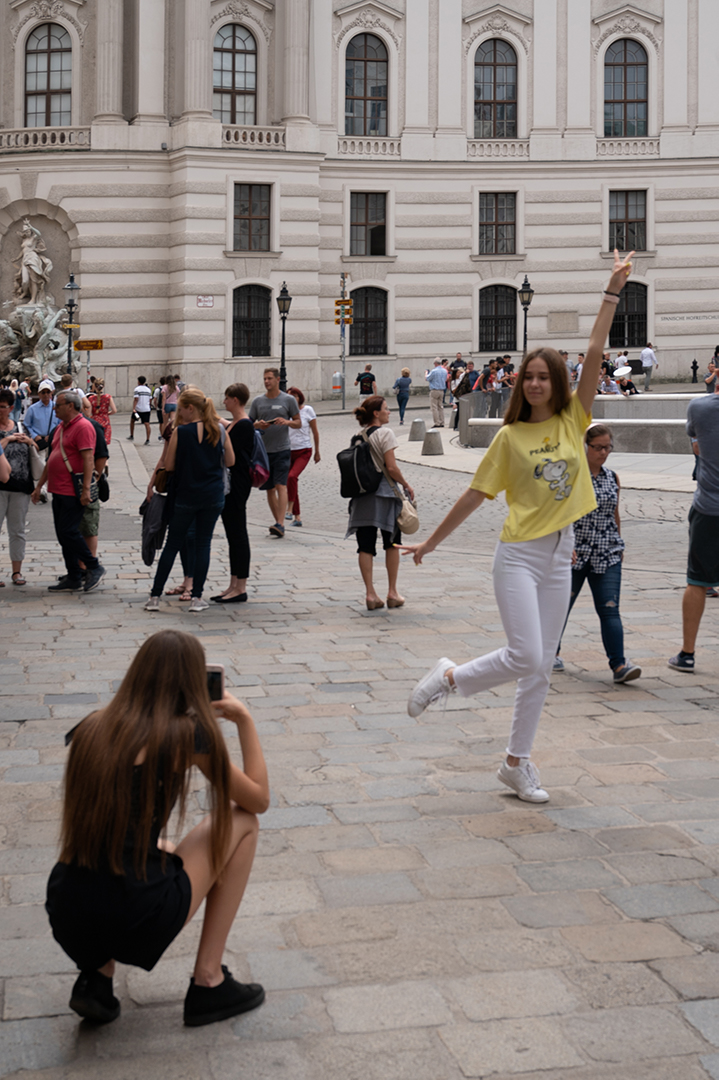 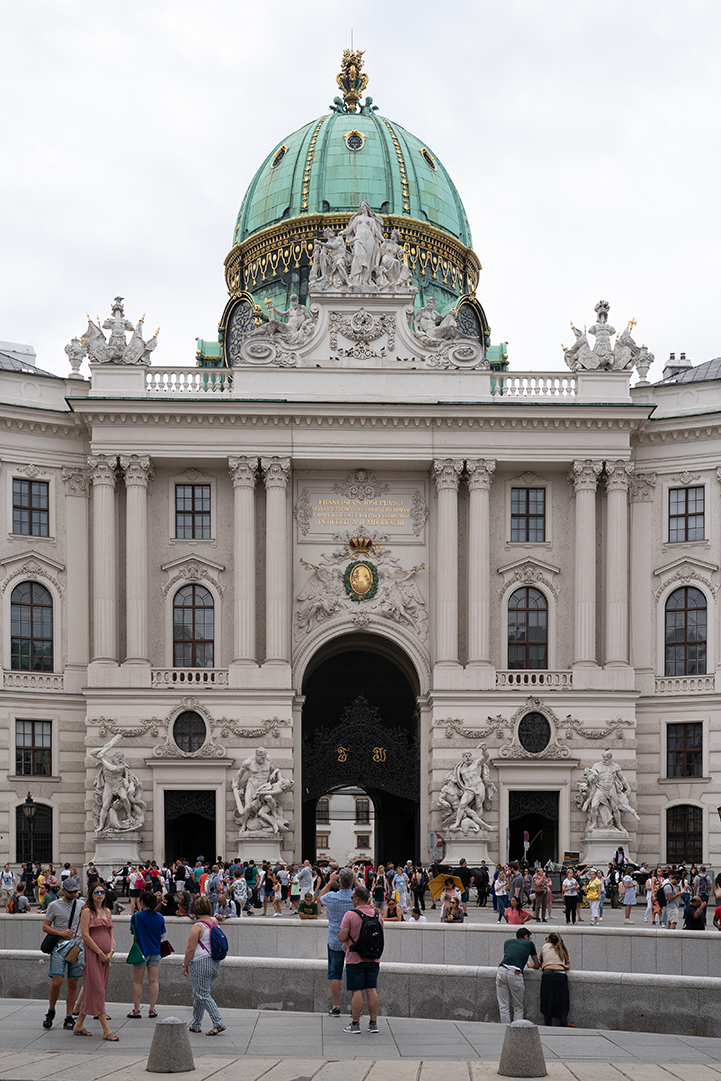 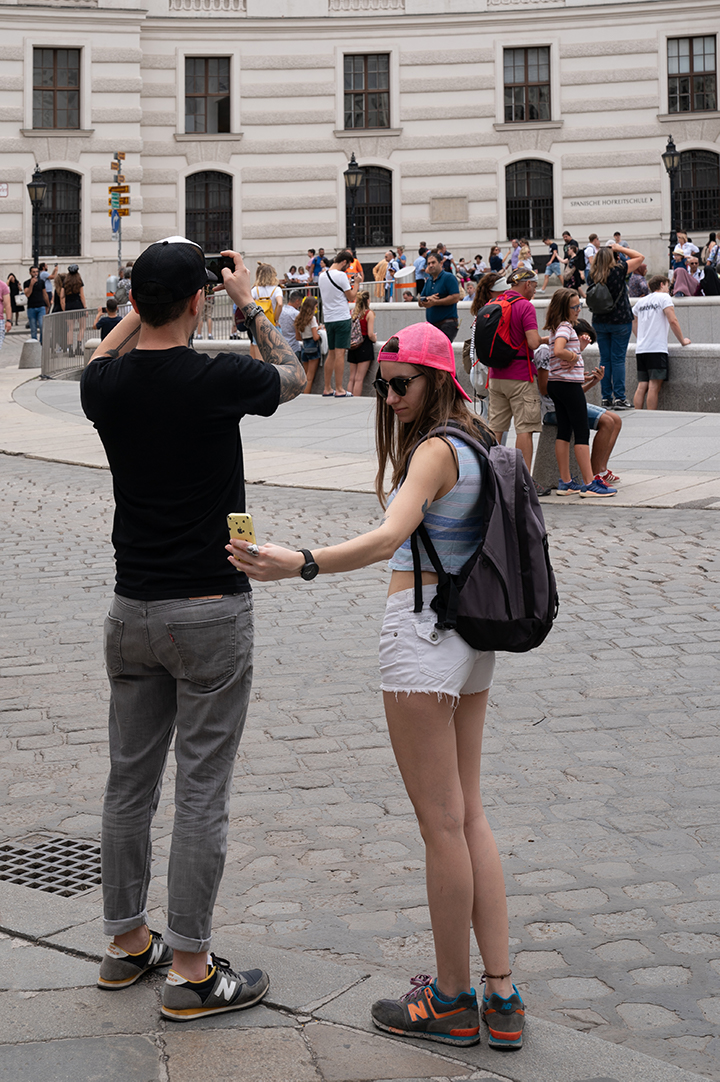