As part of the second block of the module „The Professional Portfolio“ we had to photograph a triptych, which tells a 3-picture story. Some students used the Vienna Prater as a photo opportunity for this task. It was a very hot summer day, so after a short time, a chance to cool down was sought. One of the best options is to visit the „Schweizerhaus“, a famous restaurant and beer pub in the Prater. The thirst was great, so a beer can be drunk with two sips. This of course gives a very nice 3-pictures story. The full beer glass with a nice hood of foam as an initial image in the story. The first sip is best when a fresh beer is drunk and shows half the glass in the middle of the story. Because of the hot summer day, the beer can also be drunk with a second sip. The empty and upside down beer glass is the end of the short story.
It is not known how many times this scene had to be repeated to get a reasonable result. 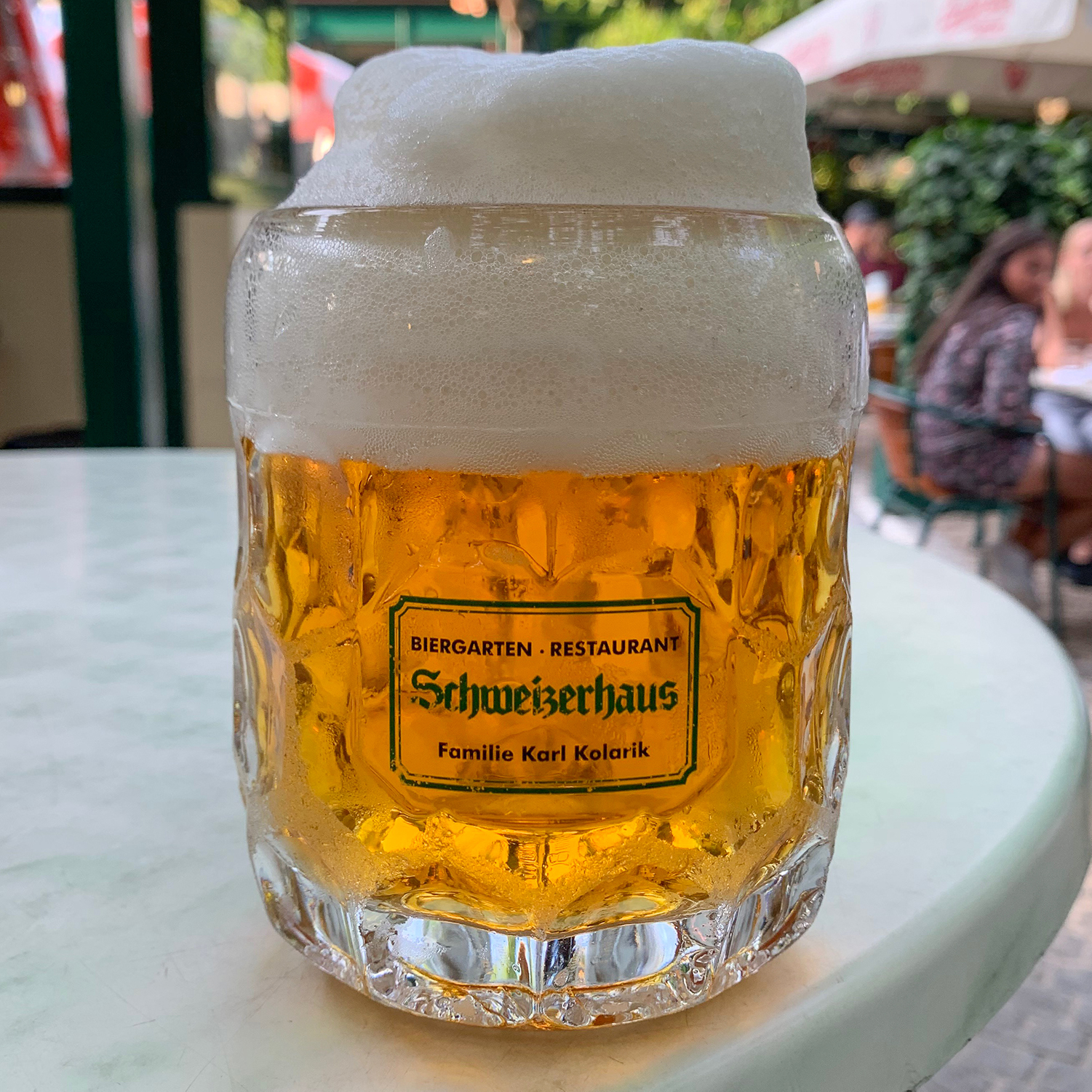 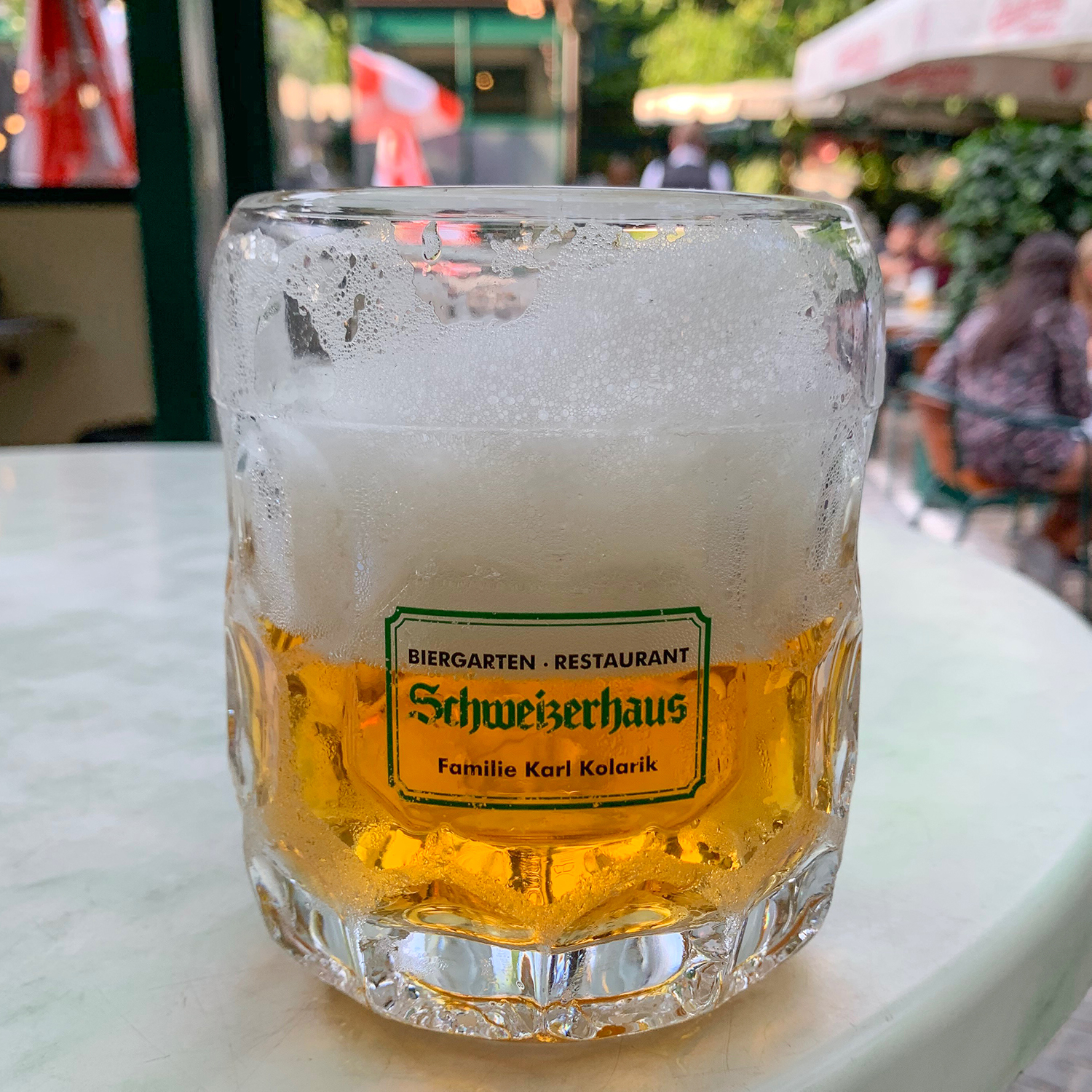 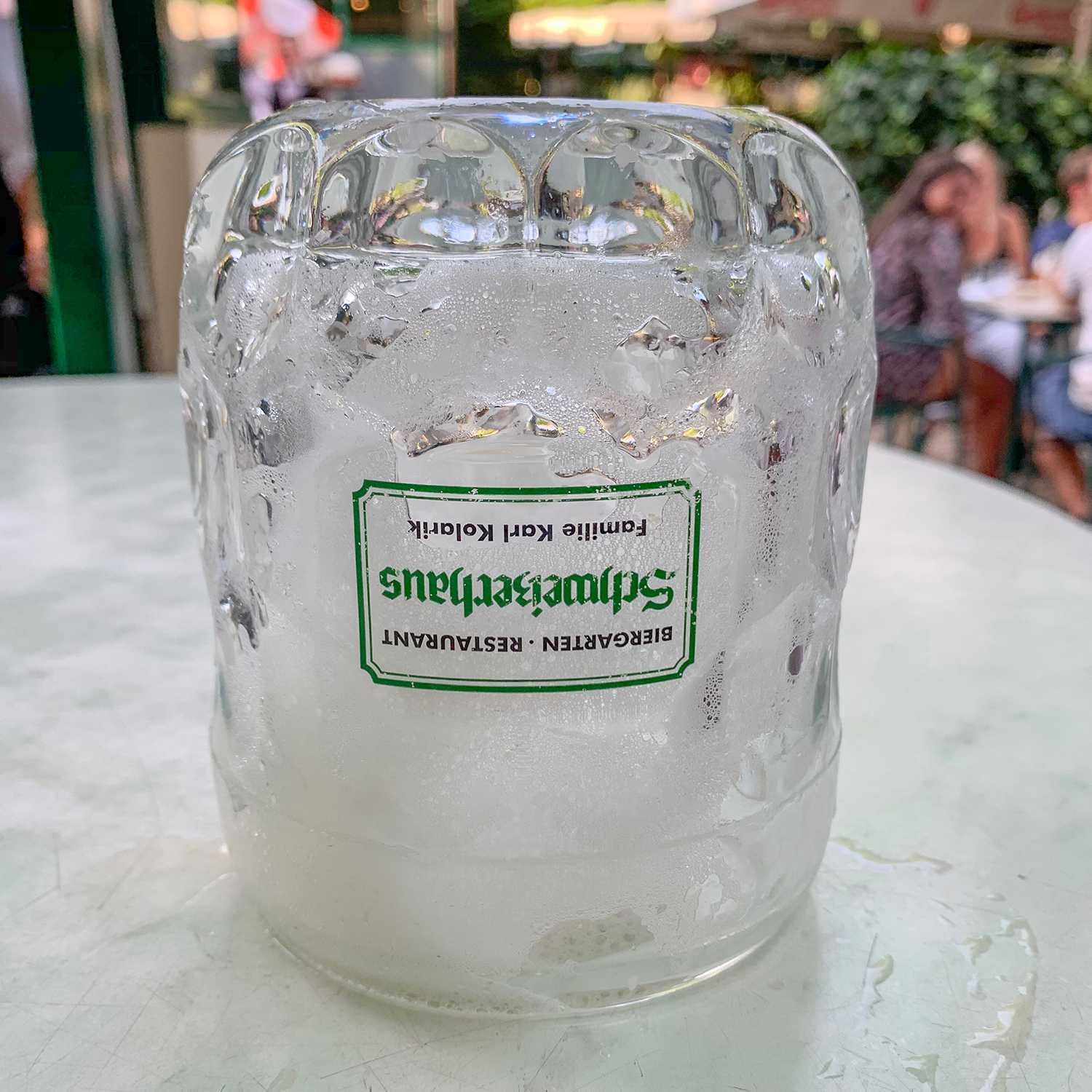